My daughter sent me a quote the other day. “I always wondered why somebody doesn’t do something about that. Then I realized I was somebody.”

I am surrounded by people who take that message personally and realize more than ever before that On-Belay, meaning “One Secured by Another”, is more than just the structure of our company. For I too am girded up by those around me, and frankly, I did not see that coming . . . I always thought it was supposed to be the other way around.

Our team recently returned once again from Uganda. The selfless work of the surgeons is even more impressive in retrospect when you aren’t caught up in the moment of it all. Dr. Michael Wattenbarger, Shriner’s Children’s Hospital, Greenville, SC and Dr. Tim McHenry also from Greenville SC, an adult spine deformity surgeon, are both highly skilled surgeons with very busy lives. However, both realize the blessing found in service, one human to another, is their reward. Life is simply less fulfilling without some component of that intertwined.

Our team had one initial goal, to help the surgeons in Kampala, Uganda create a self-sustaining spine program. Uganda has 4 spine surgeons, a population of 30 million, and no one performing pediatric scoliosis surgery. US surgeons teach residents in the morning and perform surgeries with both the surgeons and residents during the day. The concept of “our team” and “their team” has faded. It’s “one team” now, with one goal, and we consider the surgeons at Mulago Hospital our friends.

Performing spine surgery in a third world country has many challenges, but even more important opportunities. The technology and support that American surgeons enjoy was 9,000 miles away, but the person needing your help is right in front of you and full of hope. It creates great satisfaction when you can help and deep frustrations when the barriers are too great. People ask, “What’s it like? Was it fun? Exciting?” The real answer is “No”, “Yes”, or “It depends on the moment.” It’s an emotional roller coaster of joy, frustration, celebration, sadness, victory, and defeat. But in the end, there’s always hope, a path to move forward, and a determination to make it better.

“Make no little plans; they have no magic to stir men’s blood and probably themselves will not be realized. Make big plans; aim high in hope and work, remembering that a noble, logical diagram once recorded will never die, but long after we are gone be a living thing, asserting itself with ever-growing insistency.” – Daniel Hudson Burnham, 19th-century architect credited for the City Beautiful Movement and creator of urban plans for Washington DC, Chicago, San Francisco, and Manilla.

The surgeons at Mulago are skilled. However, to be an effective surgeon you must have the tools you need, and they are often handcuffed. Thankfully the spine team is not alone in their efforts now. Alphatec Spine and National Neuromonitoring have committed resources that are way past anyone’s expectations. With their help, the team has the tools to perform surgery and teach. It’s game on now…

In the words of Dr. John Hicks, an orthopedic spine surgeon who made an earlier trip with us, “Don’t just bring water, fix the pump.”

National Neuromonitoring has brought Ugandan surgeons the resources and training to monitor the integrity of neural structures (e.g., nerves, spinal cord, and brain) during surgery for the first time. This is especially critical in spine deformity, scoliosis, surgery. Alphatec Spine has graciously donated the instrumentation needed to perform complex spine surgeries. Saying “Thank you” seems to fall ridiculously short. But, “Thank you” you are making a huge difference.

Our team, especially the surgeons and neuromonitoring led by Dr. Gregg Hoffman, received a boost when a 15-year-old that showed up six months ago with a 65° curve in her spine returned with her mom to visit Mike and Dr. Mallon Nyati, Chief of Spine at Mulago Hospital. They performed her surgery together and she returned standing tall and beautiful. When she bent over and placed her palms on the ground, pain-free, there were smiles in the hallway. She has no restraints on a long and healthy life and was a victory worth celebrating, even if it was on the inside.

It was just a few hours later when Mike makes a tough decision to cancel the surgery for the guy with a broken neck who needed surgery badly. It would have to wait. There was little doubt that Tim could have performed the surgery, it was in his “wheelhouse”.

But, any doubt was a risk, and it was the right call. The equipment needed to make it safer was 9,000 miles away and the risk was too great. It was like a kick to the groin that hurt like crazy and leaves you sore for a few days. Impromptu clinics outside the OR became the norm as parents of children with spine deformities kept showing up, traveling as far as 18 hours. Mike, Tim, and Mallon were awesome and great with the kids. Each is skilled at his craft and are empathetic parents. But, while the spine team can perform pediatric spine surgery at Mulago, it’s a tough environment for a kid, especially if there for an extended period of time, a big concern. However, several times during the week we hear about a nearby Children’s Hospital called Corsu. So, on the last day, on our way to the airport, the team met with the surgeons and administration at Corsu. It had the feel of a Children’s Hospital, a playground, laughter, and kids in wheelchairs and on crutches playing badminton on the lawn. And much to our surprise, they had the facilities and most of the resources needed. They would love to be able to provide the critical care for the children of Uganda, they just lacked the tools and trained surgeons to do so. Game on…

They say the best hurdlers are so focused on the finish line that they barely notice the hurdles, can’t feel their feet touch the ground, and are just running wide open and free. It’s exciting to watch, and while it may be a different race, I do enjoy a front row seat. Well done gentlemen. 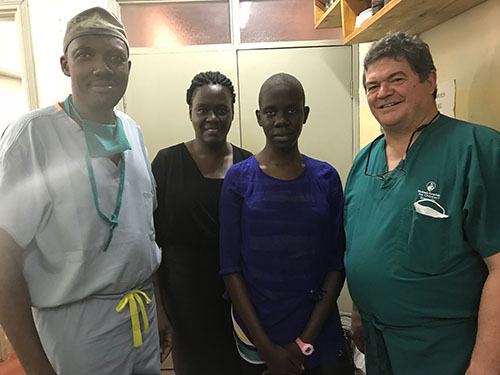 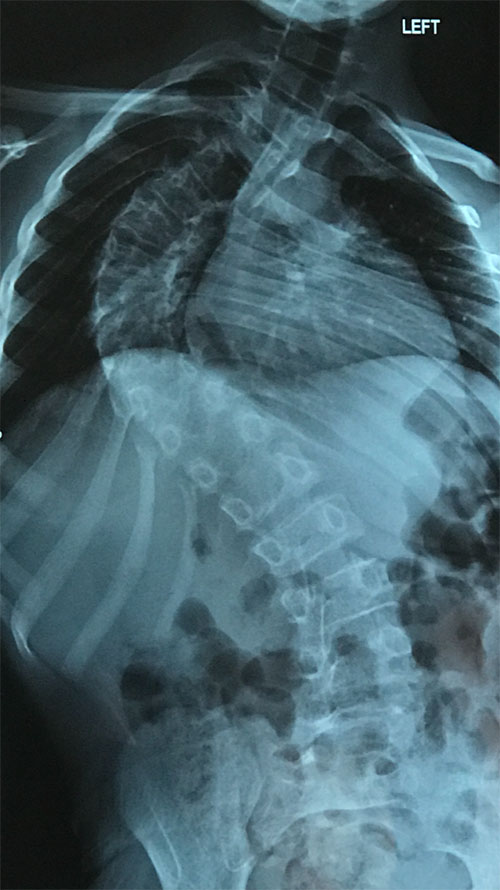 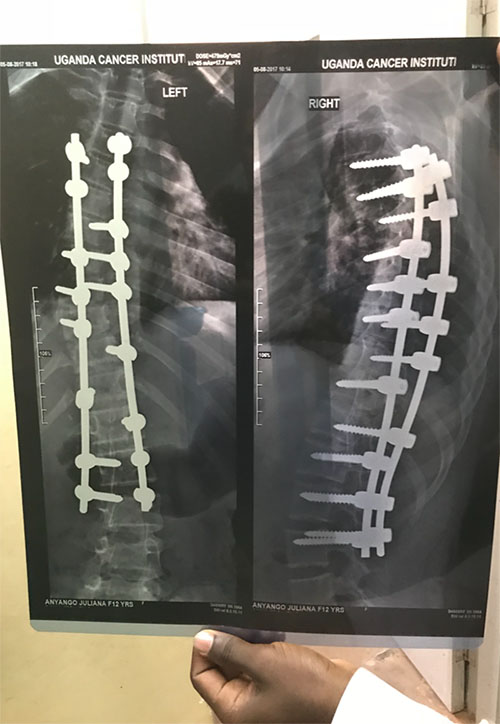 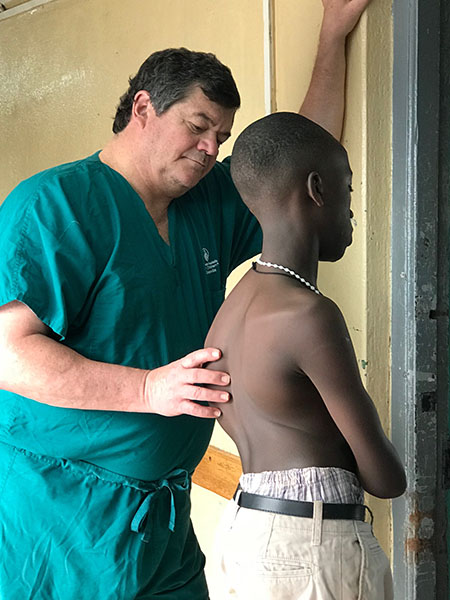